The Elden Ring board game has taken Kickstarter by storm

Announced as a kickstarter project, finally Elden Ring: The Board Game has exceeded (and by far) its goal of 174,490 euros and will become a reality.

We still can’t get the wonderful Elden Ring out of our heads, new soulslike from FromSoftware and unforgettable adventure from FromSoftware, Hidetaka Miyazaki and George RR Martin. without a doubt it is one of the great games of this 2022 on PC and consoles.

We thought that you couldn’t beat what was seen in Dark Souls, but boy were we wrong. In addition, the Bandai Namco title accumulates more than 17.5 million copies sold.

While we wait for a future DLC or expansion to continue touring the Middle Lands, lovers of board games will be happy to read this news.

This is how Elden Ring moves in Steam Deck, with the default configuration and forcing the FSR

And it is that Steamforged Games, well-known firm behind the Dark Souls or Resident Evil board games, announced a couple of months ago that they were working on an Elden Ring board game. Now we can say that the project will be realized.

Launched on November 22, in just three days the kickstarter project of Elden Ring: The Board Game has exceeded all expectations… and in what way.

Elden Ring will continue as a board game

Steamforged Games has convinced the millions of gamers of Elden Ring. After showing a teaser and revealing the first details, the kickstarter project has broken all possible records in just three days.

There is still a week left for the end of the campaign, but the truth is that they have already met the goal set… and they have exceeded it by a lot.

Elden Ring The Board Game accumulates a whopping 2.15 million euros, and the goal set by Steamforged Games was only 174,490 euros. An absolute barbarity.

Below you can see some images taken from the official trailer:

The Elden Ring board game It has been designed for games of 1 to 4 players., which will have to cooperate to survive the threats of the Middle Lands. It is a game recommended for over 14 years.

Elden Ring matches last approximately 2 hours (120 minutes), and from Steamforged they assure that the “main plot” will last for 90 hours of play.

Although you can play alone, the ideal is to share Elden Ring The Board Game with friends. The game is committed to a hybrid format that offers dungeons and open scenarios.

Top 10 Elden Ring Weapons And Where To Find Them 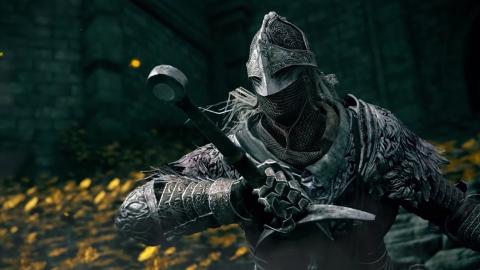 In this link you can see a video guide with the rules of the Elden Ring board game. You can also learn more about the project at the kickstarter link. This is great news for fans of FromSoftware’s soulslike.

Will you pick up the Elden Ring board game as soon as it comes out? Coming from Steamforged Games, without a doubt the quality is assured… and also the bites with friends until the wee hours of the morning.