Auron believes that Ibai will not leave Twitch to go to Youtube: "I wouldn’t say it in a shitty Among Us live"

Auronplay calms the waters by assuring that Ibai will not leave Twitch to go to YouTube… something that he believes he would announce “in a football stadium”, and not in a live broadcast of Among Us.

When we talk about new communication channels and the streamer world, names like Ibai, El Rubius or Auronplay represent the pinnacle on the national scene. It is common to see them every day on Twitch, although they all started their careers on YouTube.

Years ago, YouTube was the undisputed queen of new communication, a platform where the great content creators uploaded live streams, gameplays, question-and-answer videos…

However, Twitch knew how to steal a piece of the cake from YouTube, to the point of becoming the streaming platform par excellence. A good example is Auronplay’s departure from his “native” YouTube to the Amazon platform.

Unboxing Ibai – Trailer of the short with Netflix and PS5

Now doubts wave over Ibai. Will he leave Twitch to go to YouTube? Is it just a trial balloon to see the reaction of his followers? So far we have not cleared the x.

Nevertheless, Auronplay is clear that Ibai’s announcement was not serious. He considers that it is only a regular act in streamers, and that in the next few days he will confirm his continuity on Twitch.

I was going… is he staying?

On November 21, we told you that Ibai was debating between two options: continue on Twitch or leave the Amazon platform to sign on YouTube. And, for the moment, he has not given an official response.

Ibai believes that there are no other platforms at a similar media level, and he still believes that Twitch is the best streaming platform (but that is not why he rejects becoming the great figure of YouTube).

AURON CONFIRMS THAT IBAI WILL NOT GO TO YOUTUBE

Auronplay has downplayed this matter. For the streamer born in Badalona it’s just ”chup chup”which is basically when a famous person (whether a streamer, footballer or actor) plays distraction with their followers to generate media interest.

In addition, Auron ensures that Ibai would not announce his departure from Twitch in a ”straight shit from Among Us”but rather would book a football stadium and fill it with fans.

In other words, that Auronplay doesn’t really believe in Ibai’s possible march to YouTube. He has also discussed the situation as a ”tug of war” with Twitch over economic issues.

The 20 most followed Twitch streamers in the world 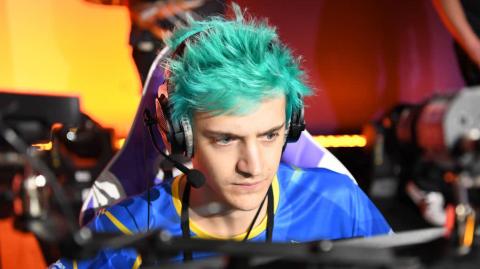 you can see the video and draw your own conclusions. In the end, Ibai is the only one who is clear about what decision to make, whether he continues on Twitch (with the same conditions or with a new contract) or if he decides to go to YouTube.

Do you really think that Ibai will leave Twitch to go to YouTube? Or are you in line Auronplay and his characteristic ”chup chup”? We’ll find out in the next few days, but we hope it doesn’t take too long… for our hearts’ sake.