Nier’s 2022 fan fest is being held today and tomorrow, and producer Yosuke Saito has published a rather suspicious image… and it hints that a new game in the saga could be announced.

A busy weekend is coming up for Nier fans. The iconic saga from Square Enix and PlatinumGames is taking a well-deserved break after nier automata and the Nier Replicant remake that we enjoyed last year.

It seems that the waters are calm, and even Yoko Taro himself (creator of Nier Automata) dropped a few months ago that the saga was over… unless “they offered him a mountain of money.”

we already know that Yoko Taro has a very particular humor, so that statement does not have a strictly literal meaning. Who knows, maybe it’s time to announce something big.

This weekend (November 25 and 26) Nier Automata Fan Fest 2022 is held, which brings together millions of fans of the saga every year. Can we expect weight news?

To continue, Square Enix has confirmed that Nier Automata has sold a total of 7 million copies across all platforms. (Switch received a port last month), while Nier Replicant surpasses the barrier of 1.7 million copies sold.

After the port of Nier Automata for Nintendo Switch and the aforementioned remake of Nier Replicant, the future of the saga is in the anime. Nier Automata ver.1.1.A. will bring the iconic PlatinumGames title to the small screen.

The truth is that the producer Yosuke Saito Just Set the Nier Fan Community on Firealbeit in a good way. has shared an enigmatic image before the fan fest celebration.

You can see it below:

On the left is the name of Nier Replicant, which is not only the 2021 remake but also the name of the original Japanese game (in the West we had Nier Gestalt). In the center we can see the name of Nier Automata, as reflected in the banner below.

The funny thing is that to the right of the top banner is a large black patch. Logic tells us that Nier Replicant could be there (as in the other banner and as an indication of the remake).

But not. Or, at least, it is not what we made clear after reading Saito’s tweet. He says the following: ”Has a black paper attached”. What the hell can we expect?

Although there are no details about it and for now it is just a rumor, Maybe a new Nier game will be announced at the Nier Automata fan fest. It would be a shame if the main series is really exhausted. 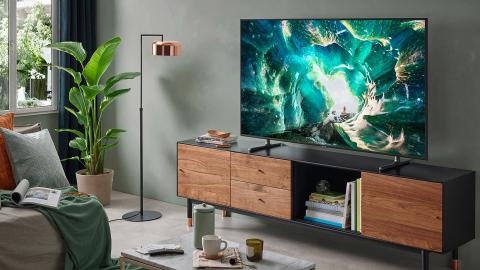 Or it is also possible that that black patch hides the name of Nier Automata v.1.1.A (the anime), who knows. The fact is that Yosuke Saito and Yoko Taro are up to something related to the saga, so we will be attentive in the next few hours.

The Nier saga has established itself as one of the most successful Japanese IPs. Nier Automata continues to be the great reference (with 7 million copies sold to date), although the figures for Nier Replicant ver.1.22474487139 (1.7 million sales)… they’re not bad either.