Unreal Engine 5 amazes again with the photorealism that it is capable of achieving in a new trailer that reviews the news of version 5.1

Unreal Engine 5.1 is now available, the new version of the graphics engine created by Epic Games amazes again with its photorealism in a new trailer where it reviews the news of the version.

Epic Games (Fortnite) announces that Unreal Engine 5.1 is now available, the new version of Unreal Engine 5 that improves the functions and the photorealism showing them in a new video.

“With this release, we’ve enhanced the incredible set of features introduced in UE5 to make it more robust, efficient, and versatile for creators across all industries.“says Epic Games.

All this has been done”to support games and experiences that run at 60fps on next-generation consoles and ready PCs, so the most fast-paced competitive games and detailed simulations run without latency“.

On the other hand, Nanite has also been updated to perform deformations and animations with materials by compensating for positions in the environment and allowing the use of opacity masks.

This exciting breakthrough paves the way and allows artists use Nanite to program the behavior of specific objects like foliage based on Nanite with leaves that move in the wind.

This version adds a number of features that improve the efficiency of developers of games and other large-scale interactive projects, so that teams can be more productive.

In addition, storage has been implemented in Automated Pipeline State Object Cache (PSO) for DX12, which simplifies the process required to prepare a game for DX12 release.

Everyone will benefit from building shaders on demand by building only the shaders needed to render what you see on screen while working in the Unreal editor.

In this version Unreal Engine 5.1 The tools for building huge open worlds have been further improved, added more features and improved processes.

PlayStation 5: features, versions, games, price and how to buy a PS5 in Spain 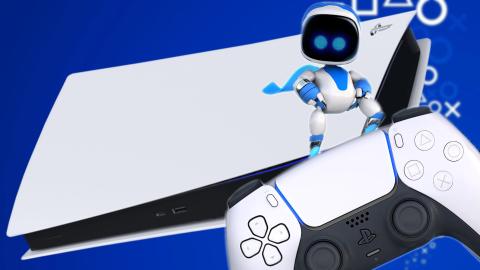 Unreal Engine 5.1 It features major performance and usability improvements to the on-camera VFX processes, which apply equally to the broadcast and live events space.

Other key enhancements are color correction windows (CCW)which allow adjustments to be applied only to whatever is behind them.

Animation, maneuvering and modeling improvements, in the audio system and even a set of AI tools These are other new features presented by the study and company.

Our impressions after playing the first title with UE5 left a good taste in our mouths, as did this shooter, a possible Mirror’s Edge, the possible Cyberpunk 2077 with the engine and even the first adventures of God of War.

Meanwhile, the Unreal Engine 5 editor for Fortnite It is delayed until January, but there are already creations as impressive as the viral train station that seems real.

These are just some of the new features and improvements due to the news of Unreal Engine 5.1 who has commented Epic Gamesthe graphics engine amazes again with photorealism of which he is capable.