Recent reports from Microsoft might have shed some clues about the planned release window for the long-awaited GTA 6. Several rumors coincide with this important information.

GTA 6 It is one of the most anticipated games in the sector for a few years. The overwhelming success of GTA V has been able to delay its release, but now It is official that Rockstar is working on a new installment of his most popular saga.

The massive leak suffered a few weeks ago has also underpinned that the development of GTA 6 started some time ago and that rock star He has a few things settled. Nevertheless, nothing has been officially released and rumors are our daily bread.

When will it arrive GTA VI? That is the question that many fans of the sandbox franchise ask themselves and very few have a clear idea. Although some are already beginning to delimit possible moments in the calendar of the coming years.

Well, the reports that Microsoft has submitted to the UK Competition and Markets Authority (CMA) on the occasion of the purchase of Activision Blizzard have served to know a really interesting fact.

In the report, Microsoft He claims that Activision’s games are only a small percentage of the current market share, arguing that there are big companies outside of the Redmon ecosystem, such as Take-Two Interactive’s Rockstar.

It is here when Microsoft highlights GTA 6 as one of the great games most anticipated mentioning the following: “The highly anticipated Grand Theft Auto VI is expected to launch in 2024”…

Everything GTA 6 should learn (and keep) from GTA 5 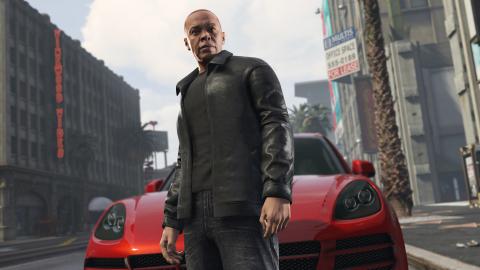 This might have been the closest we’ve ever gotten to the disclosure of an approximate launch windowalthough you have to keep your feet on the ground, since Microsoft quotes an article from TechRadarwho previously cited one of Bloomberg.

This article comments that “Current and former Rockstar staff believe that GTA VI is still at least two years away from release, suggesting a 2024 release.” It must be ruled out that Microsoft may have any idea about Rockstar’s plans, even if they are minimal details.

As we say, none of this is official, beyond what is cited in the report. whatHow do you see it possible that GTA VI will be released in 2024?? Take Two has only spoken out to talk about GTA V and the leak of GTA 6, which was a “terrible disappointment”.