Avalanche Software and Warner Bros show a new Hogwarts Legacy video… but this time it’s a beautiful ASMR video that you’ll sleep peacefully with this fall.

There is less and less left to enjoy the new Harry Potter game, which could become the best in the entire franchise created by JK Rowling. Hogwarts Legacy has the wand ready to spell us when the next one is released February 10, 2023.

So far we have seen everything in Hogwarts Legacy: scenarios taken from the movies/books, absence of Quidditch, magical creatures, potions, genderless character editor…

And we want to continue seeing more, that of course. The guys from Avalanche Software recently showed a 40-minute gameplay of the game, and everything indicates that It will be the most ambitious Harry Potter video game till the date.

Hogwarts Legacy Featurette: Back to Hogwarts

This time we do not bring a Hogwarts Legacy gameplay, but a new ASMR video. In case you didn’t know, this category of videos is ideal for relaxing and trying to take a nap.

The intention of video (beyond the ASMR concept) is to show the beauty of the settings at Hogwarts Legacy, especially in the transition from night to day in the middle of autumn.

Hogwarts is an oil pond

It seems incredible, especially because of the events we see in the Harry Potter saga of books and movies. In Hogwarts Legacy everything (or almost everything) exudes calm and tranquilitythanks to a heart-stopping technical and sound section.

The new Hogwarts Legacy ASMR video shows different settings, from the vicinity of the Castle to Hagrid’s cabin or the adjoining forest.

Best of all is that throughout the 20 minutes it lasts we can see (and hear) how a full day unfolds at Hogwarts Legacy. And it is especially worth seeing for the technical quality and that autumnal sensation present in each shot.

We have a hard time staying awake with this magical ASMR. Well, not to tell the truth, because we can’t wait to feel part of this wonderful world.

Can’t wait any longer? Well, in such a case you can always take a look at the list of 46 Hogwarts Legacy trophies. Of course, we already warned you that MAY CONTAIN SPOILERS.

Why doesn’t Harry Potter’s Voldemort have a nose? 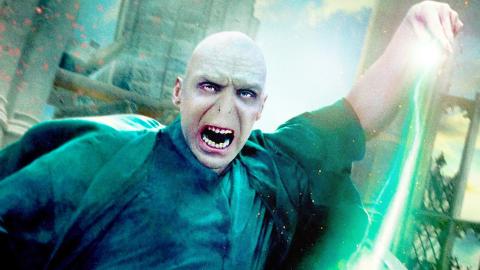 Harry Potter has had many (and some very good ones, by the way) video games throughout its history, but we think Hogwarts Legacy will take the saga to a new level. We’ll find out in February next year.

Hogwarts Legacy is one of the most important releases for 2023, there is no doubt about that. As of February 10 of next year we will be able to enjoy it in PS5, PS4, Xbox Series X|S, Xbox One and PCwhile the Nintendo Switch version will be released later (talk about March).