New details of the setting, characters and enemies of The Callisto Protocol, a descent into space hell

From Striking Distance Studios they reveal more information at a playable and visual level about The Callisto Protocol, a new space horror adventure that arrives in stores on December 2.

Very soon it will be time to enjoy (and suffer) a new adventure of space terror. It’ll also be a great appetizer before the release of Dead Space Remake (January 2023), although frankly, The Callisto Protocol is much more than that.

The work of Glen Schofield (creator of Dead Space) and Striking Distance Studios has all the ingredients to sneak in among the best of 2022: good setting, careful story and characters, polished mechanics and a great technical section.

In The Callisto Protocol we will travel to one of Jupiter’s moons, specifically to the gloomy and dark Black Iron prison. In the skin of Jacob Lee we will discover that an alien race has taken over the surroundings in a very peculiar way.

The Callisto Protocol – The Truth About Black Iron (Trailer)

Everything reminds us of Dead Space, but in a way there are original elements that recreate its own essence. And that’s not to mention the history DLC and other news that will come later.

A space prison you don’t want to visit…or do you?

Although the setting of The Callisto Protocol will be sublime in all its sections, art director Aasim Zubair is clear about his favorite area in Black Iron: it is about Below.

Below is an area of ​​underground tunnels which, before the alien invasion, served as support for the first human colony on Callisto (Arcas).

Many times it is said that what is most scary is the real thing. Below is not far from the subway tunnels and similar environments that we can see in our cities or towns… although, logically, with the occasional sci-fi touch. 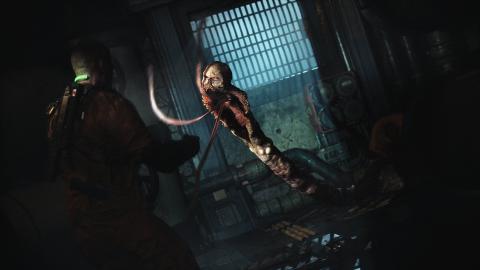 ”Below is unique in that most of it is based on real world materials and shapes. Rather than the strong sci-fi design cues that dominate many of the game’s other environments, Below allows the player to feel connected to something familiar and relatable.”.

Continuing with this realistic vision, screenwriter R. Eric Lieb points out that the story and characters of The Callisto Protocol follow behavior patterns based on actual human psychology.

This is the case of Jacob Lee, the protagonist, who will end up locked up in Black Iron along with Captain Leon Ferris. Their relationship is one of the most powerful storylines in the game.

”Their first meeting shatters their comfortable worlds. How each reacts to what is happening within Black Iron, as well as who, exactly, is to blame, forms the core of their relationship and the player’s understanding of the world that is presented to them throughout the game.”.

Finally, the director of characters Glauco Longhi has revealed what was the inspiration behind the biophagous, which it’s basically these alien creatures who live in The Callisto Protocol. They are reminiscent of the necromorphs from Dead Space, but they are different on base.

”We started with the idea of ​​infected humans, so part of the fear is that what happened to them could also happen to you. But it’s not just that biophages have humanoid forms, they have distinctly human emotion-based postures that resemble pain, fear, and fury.”. 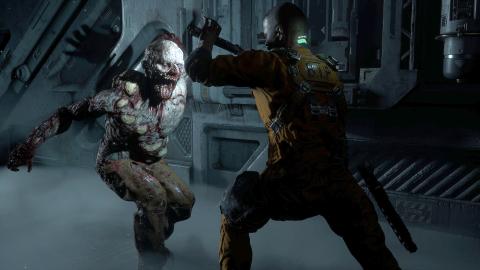 Of course The Callisto Protocol looks brutal. Remember that another fundamental pillar of the game is its death animations… and the Digital Deluxe Edition includes some exclusives.

The Callisto Protocol has everything to become one of the great games of 2022. We’ll see if it’s scarier than Dead Space Remake or ends up giving up on the EA Motive title, but we’re looking forward to trying it from December 2 on PS5, PS4, Xbox Series X|S, Xbox One and PC.