Firaxis’ tactical action game hits stores on December 2… but news will be revealed a few days before that in a ”very special” stream.

After Marvel’s Avengers, Guardians of the Galaxy, the amazing Marvel Snap or the outstanding Spider-Man games by Insomniac, Marvel is heading towards a new game that completely changes the playable record: this is Marvel’s Midnight Suns.

First of all, clarify that it is related to the comic series of the (almost) same title, but Midnight Suns is much more than that. Firaxis and 2K offer us the long-awaited XCOM with Iron Man, Dr. Strange, Spider-Man or Blade.

will be next December 2 when Marvel’s Midnight Suns hits stores, though only on PS5, Xbox Series X|S, and PC. Versions for Nintendo Switch and old-gen consoles will arrive in 2023.

In recent months, Firaxis has been shelling out different aspects of Marvel’s Midnight Suns, an action and tactical role-playing game that will work with the use of special cards… which will decide their turn-based combats.

Be careful, because the relationships and links between our heroes will also have their weight in Midnight Suns. It looks very good, and in fact It could be one of the covered ones of this 2022.

A few days before the launch, specifically next Tuesday November 29ththere will be a new stream about Marvel’s Midnight Suns. This has been confirmed by Firaxis on his official Twitter account.

They have not specified what news will be announced on the stream, although we already know that we will be able to follow it live from 19:00 Spanish peninsular time.

”It’s almost time to get up with the Midnight Suns! Join us for a special live stream where we celebrate our next release!”.

Where can you watch the Midnight Suns stream? Firaxis provides links to follow it live via YouTube, Twitch and also via Steam on the corresponding card of the game.

Since we already know some of the post-launch news (the arrival of Venom, Deadpool or Storm), perhaps the stream will be oriented to the different editions of the game and possible pre-order incentives. A new gameplay trailer is also expected. 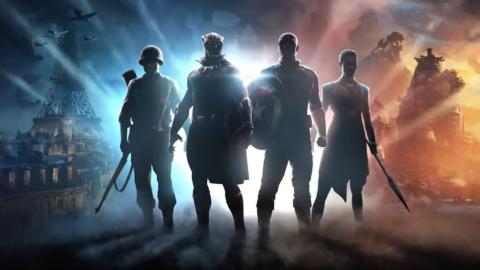 Marvel fans also hope to see more information or videos of Spider-Man, the mythical wall-crawler who already starred in a trailer for the game a few months ago.

Marvel’s Midnight Suns is the new proposal from Firaxis (XCOM, Civilization) and 2K Games for fans of marvelitas heroes. It will be available on PC and PS5 and Xbox Series X | S consoles starting December 2, while in 2023 it will be released for PS4, Xbox One and Nintendo Switch.