Microsoft justifies the exclusivity of Starfield on Xbox against the CMA, and why it is different from the Call of Duty case

Microsoft justifies that Starfield or The Elder Scrolls VI are going to be exclusive to Xbox. In new documents, he defends before the CMA why they are different cases from Call of Duty.

The declassification of the documents that Sony and Microsoft have sent to the CMA (the UK Competition and Markets Authority) regarding the purchase of Activision Blizzard by Microsoft is proving very interesting to better understand the modus operandi and way of thinking of the owners of PlayStation and Xbox.

The whole thing revolves around the call of duty custody: Sony wants to prevent the purchase from going ahead by all means, so that there is no possibility that its rival Microsoft buys the Call of Duty franchise and makes it exclusive to its Xbox consoles.

Sony’s way of preventing this is influencing to regulatory commissions from the different countries that are investigating the transaction… and it’s clearly succeeding, because the scrutiny is greater, and worrying for Microsoft. 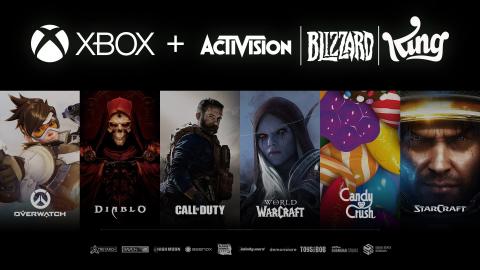 Sony: “Microsoft’s behavior shows that its public statements must be taken with extreme skepticism”

Yes: we have all heard Phil Spencer, CEO of Xbox, say in the media that They have no intention of making Call of Duty an Xbox exclusive..

But Sony does not trust… and in your report He gives as an example the games from five other studios that Microsoft bought, which previously made cross-platform games but now only make Xbox games: Obsidian, Ninja Theory, inXile, Compulsion and ZeniMax (Bethesda).

“Microsoft’s past behaviors show that his public statements should be taken with extreme skepticism.”

“We identified five prior transactions in which Microsoft bought studios and then made their next games exclusive to Xbox. This conduct occurred despite Microsoft’s assurance to the public and regulators that it would not make ZeniaMax content exclusive.“.

Microsoft thus justifies making some games exclusive or not

Microsoft fights back establishing a distinction between their properties. He claims that the franchise most comparable to Call of Duty is Minecraftwhose creators, Mojang, are part of Microsoft, despite the fact that the block game is everywhere, mobile, PlayStation and Switch included.

But what about ZeniMax? whatMicrosoft lied by saying that their future games would remain cross-platform? No, because Microsoft never committed to making the rest of Bethesda’s games cross-platform.

only promised to respect existing agreements (Deathloop and Ghostwire Tokyo were released as temporary exclusives for PS5, as planned) and not withdraw their already released games on PlayStation.

But what about Starfield Y The Elder Scrolls VI, games that are going to be exclusive to Xbox Series X and PC? To justify its exclusivity, Microsoft has divided its games into three categories, and these fall under games “Medium-sized” What are they fundamentally different to Minecraft or Call of Duty, and cannot be used as evidence of Microsoft’s actions.

“As the image shows, the value of making a game exclusive does not have a linear relationship with the popularity of the game.“.

Microsoft justifies that there are two types of games that are not worth making exclusive: niche games, such as psychonauts 2 either Fallout 76which have a small community, and games like call of duty either Minecraftwhich have a massive community.

Instead, Starfield and redfall are framed in games in a “green area” for which Microsoft has much more value than being exclusive. They are “new IPs with an uncertain audience, which appeal to dedicated players and are usually single player.”

In this way, they want to objectively demonstrate that they are not going to make Call of Duty exclusive to Xbox, because they are not interested, while at the same time detracting from Sony’s complaints regarding the purchase of Bethesda, by asserting that their games are not they are compatible. In other words, that Starfield or TES VI are not going to affect Sony much.

Microsoft even acknowledges that Sony thinks so too, having committed to keeping Destiny 2 cross-platform after its purchase of Bungie.

What is your opinion? Do you consider this a valid justification so that Starfield and Redfall, games from studios that previously made cross-platform games, become Xbox exclusives?