How breeding (getting eggs) works in Pokémon Scarlet and Purple

The new Pokémon editions change how breeding works and incorporate new elements that you should know about. This is how you get Pokémon eggs in Scarlet and Purple.

Two new Pokémon adventures have already begun. Of course we are talking about Pokemon Scarlet and Purplewhich introduce the ninth generation of the saga exclusively for Nintendo Switch. Yes, the expected Pokémon Spain is already here.

The Paldea region is the closest we will get to seeing our country in the Pokémon universe. It is something that is noticeable from the first minute of departure, both for the gastronomy and for the cultural references.

Once again, Pokemon are the foundational aspect in Scarlet and Purple. Beyond training, fighting or evolving them, parenting is a mechanic you should know.

And with more zeal than ever, because in Pokémon Scarlet and Purple changes have been introduced in the operation of breeding. This is the new method to get Pokémon eggs in the ninth generation.

How to get Pokémon eggs in Paldea

If you are veteran Pokémon players, surely you have immediately thought of the Nursery. And we don’t blame you, because it’s a classic mechanic in the franchise, which has been the case since its introduction in Gold and Silver (Johto region).

However, with Pokémon Scarlet and Purple comes a renewed method. Gone are those afternoons where we left two compatible Pokémon (or together with a Ditto) in kindergarten.

Times change, they should have thought of Game Freak. Pokemon Scarlet and Purple Pokémon Egg Breeding Moved from Nursery to Picnic. 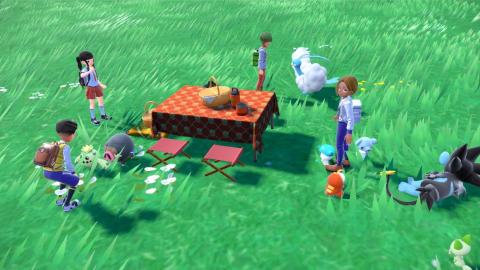 From now on (we don’t know if it will continue in the following games) to breed Pokémon we will have to organize Picnics. It is a mechanic similar to that seen in Sword and Shield with the ”camping”.

To start a Picnic you must press the X button. This will make your Pokémon team gather around a small table, where we can cook, feed them or play with them.

Beyond other mechanics (such as healing HP or improving skills with food), breeding is the other fundamental factor of these events. During the Picnic our Pokémon can “get along” and have Pokémon pups.

To get a pokemon egg you must start a Picnic and have two compatible Pokémon in your Egg Group (or that are of the same species), and that are also male and female.

When doing this, you must wait for a while, and then inspect the basket on the picnic table. Suddenly the game will notify you that there is a Pokémon egg. 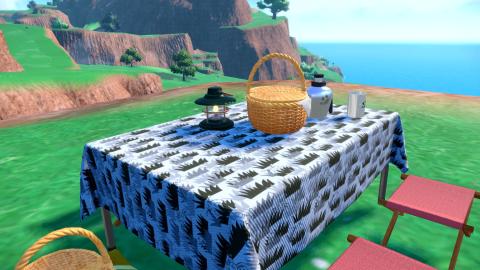 To make it hatch, there are two methods. The first is the classic (and which is also inspired by Pokémon GO), which consists of walking until you have the necessary number of steps for its hatching.

For this, of course, you must carry the Pokémon egg in your team (remember to leave a free space of the six available), and not store it on the PC.

If you prefer to save yourself the walk through Paldea, You can also leave the egg in the Picnic basket. When you start another one again (after a while), you will see that the Pokémon egg has hatched.

Another option, which has also been in the saga since breeding was introduced, is leave one of our Pokémon at the Picnic with a Ditto. This unique Pokémon can transform into anyone, making it easy to breed Pokémon Eggs. 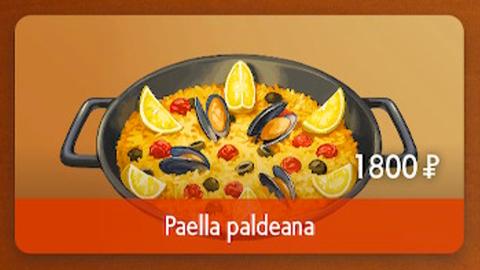 This is how breeding works in Pokémon Scarlet and Purple for Nintendo Switch. Forget the upbringing in the Nursery from previous installments, and make sure you bring food and special objects for your Picnic.

Are you playing Pokémon Scarlet and Purple? If so, we recommend you take a look at these Hobby Consoles articles: Best order/recommended order to beat the main story, Trick to move faster with a second controller, or ALL the Pokémon from both games.