The sequel to COD Warzone is being a huge success on PlayStation, Xbox and PC, although it is not free from glitches and bugs. I wish they were all as fun as this one.

It is common for online multiplayer or F2P games to suffer from numerous bugs, errors and glitches. It’s not easy to keep up when you accumulate millions of players every day and on different platforms. Call of Duty Warzone 2 does not escape this problem.

The truth is that it already happened with the first Warzone, with bugs as prominent as the invisibility or the one that made the armored trucks indestructible.

Five days have passed since the release of Call of Duty Warzone 2, and there is already good and bad news. Let’s go with the positive first: Activision Blizzard’s F2P has reached 25 million players; it is an overwhelming fact.

On the downside, Warzone 2 players have already run into bugs of all kinds. Yesterday we highlighted one that prevents you from playing F2P unless you have Modern Warfare 2 in your library.

To “celebrate” their astronomical numbers of players, Call of Duty Warzone 2 turns soldiers into apes in true Donkey Kong style. We never saw these movements in a war.

The glitch with a nod to Donkey Kong

First of all: there is no implicit reference to the Nintendo saga anywhere. It is an affectionate name that we give to this glitch, present for a few hours in Call of Duty Warzone 2.

Maybe the characters in Warzone 2 have been so excited to hit 25 million users that they can’t stop jumping. It is the only possible explanation for this bug.

It has been shared by the user ImMeishu from Reddit. Players call this glitch the G-walk, which practically turns soldiers into gorillas in true Donkey Kong style.

It is impossible not to have a laugh with this glitch. Call of Duty Modern Warfare 2 characters begin to move on all fours, jumping from here to thereand dodging any friendly or enemy shot.

Logically it is an annoying bug too, since it is impossible to knock down the enemy while moving that way. You can see it for yourselves in the clip that we insert, or in the link above. 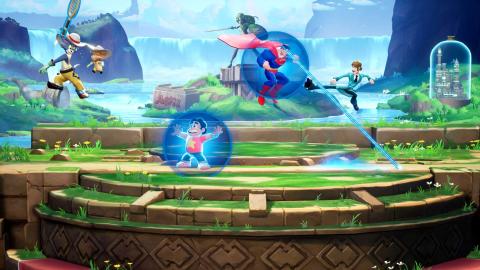 Have you started playing Call of Duty Warzone 2 yet? If you played the first one, you should know that you can review your legacy through these official statistics. You can also take a look at our tips to start winning games in this sequel.

Call of Duty Warzone 2 already is available for free on PS5, Xbox Series X|S and PC. Remember that it is independent of the first Warzone and that it is not available for old-gen consoles, PS4 and Xbox One.