Where are all of Kvasir’s poems in God of War Ragnarok: Bookworm trophy

You’re going to want to get all of these Kvasir poems in God of War Ragnarok, not only because of their references to PlayStation licenses, but also because you’re going to walk away with a trophy.

We have a multitude of collectibles that we can get in this new installment of god of warand one of those that we are going to want to get, basically because they nod to previous PlayStation licenses, are the so-called Kvasir poems.

In total we have 14 poems by Kvasir in God of War Ragnarok and getting them is quite a satisfaction, because thanks to their verses you will be able to guess which PlayStation licenses they belong to.

The bad thing is that finding these poems in the new installment of God of War is not going to be easy for the good guy. Kratosbecause they are usually very hidden, but we are going to give you the situation in the guide below.

So we’re telling you where all of Kvasir’s poems are in God of War Ragnarok, so Kratos can get a clear reference to PlayStation titles that were released on previous consoles.

God of War Ragnarök – Launch Trailer on PS5 and PS4

Where are all of Kvasir’s poems in God of War Ragnarok: Bookworm trophy

In total we have 14 poems by Kvasir that we can locate in this new installment of the series for PS4 and PS5:

The dawn of nowhere

It has some very striking extracts such as “steel-clad creatures” and “fiery red hair”, which is a clear reference to Horizon Forbidden West.

To locate it you must go to Svartalfheim and follow the river to its final area, and locate a geyser that you must freeze with the Leviathan axe, and with that you can rise and access the upper area where you find the reference.

The terrestrial orb of the great society

It has verses like “in the hands, a branch. One pitch, one big hit. The crowd rises up.” Refers to the MLB The Show license.

To find it you must go to Nidavellir in Svartalfheim, specifically to the port, to the left where you get off the ship, and you need to get the sonic arrows.

Those who remain, part two

You don’t even need to read the verses, it refers to The Last of Us Part 2.

You must go to the island of Lyngbakr in Svartalfheim, specifically in the upper front area of ​​the island next to a red stone chest and near a tower. 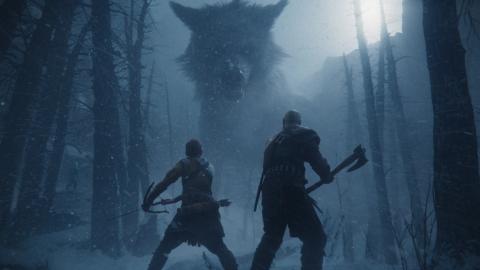 It can be read in the verses “one is furry, the other is metal, friends forever, until the end”, and refers to the Ratchet & Clank license.

To locate it you must go to Tyr’s prison in Sartalfheim and solve the crane puzzle, which will clear the way for you to find the book.

abandonment in the afterlife

It has some verses like “sticks and ropes, very black tar, handprints”, and as soon as you look at the drawing on the cover you see that it is Death Stranding.

You must go to the south of the Alfheim canyons and locate a secret cave, go along the main path, and locate a stone of anger that is when passing the logs, then to the left, drop down, turn left and break the vases to access the cave.

We can read things like “provide readers with their own tools to create stories”, and it refers to Dreams.

We must go to the Alfheim temple until we reach the central area of ​​the ray of light with purple crystals, and from there turn right until you locate a ledge and you will have to use the swords of chaos to go up and find the book. 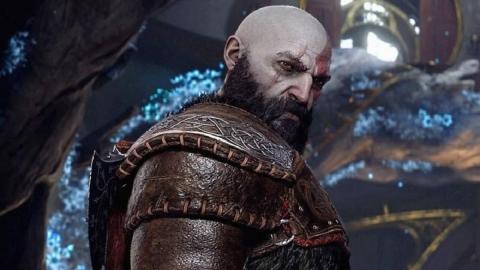 spirits on the walls

It refers to a very little known title: Concrete Genie.

You must go to the Alfheim temple until you reach the point where there is a huge circular slab on the ground, and from there you must turn left and locate the book on a table, it is a must because you will safely pass through there.

If you have a PS5, it surely sounds familiar to you because of the theme of the back cover, and it is that it refers to Astro Playroom.

To locate it you must go to the skeleton of the beast north of the Alfheim desert, and entering through the skeleton’s mouth you must advance to the bottom, then climb the wall with the swords of chaos and find the book.

Search for a place that is not on the maps

With references to “a humble man who, with cunning and an inheritance ring, yearns for gold to finish well covered”, and refers to the Uncharted license.

Head to the wilds of southern Vanaheim, and when you reach the ruins, you need to look at the ground and use the sword of chaos to smash it and underneath you will find the book.

As soon as you see the cover you will know that it refers to Journey.

You must go to the northern area of ​​the forbidden lands of Alfheim and look for a tower in the area, climb to the top of it and you will find the book in that upper area.

Very easy to guess, both from the name of the poem and from the drawing, and it refers to Ghost Of Tsushima.

You must go to the west of the sinkholes in Vanaheim: reach the temple, advance until you fight the enemy in the open area, then look at some vines that are in the northwest area, use the purple arrows and the sword of chaos to burn them, and proceed along the path.

An organization: in the future

You can read references to something that says “brooms that shoot fire”, and little that you think about it, it will remind you of The Order: 1886

You must go to the entrance of the jungle in Vaneheim, then go to the fast travel portal, follow the path of the cave to the north, when it is your turn to make a jump you must enter through the opening on the left, and you will find the book next to a corpse of a soldier. 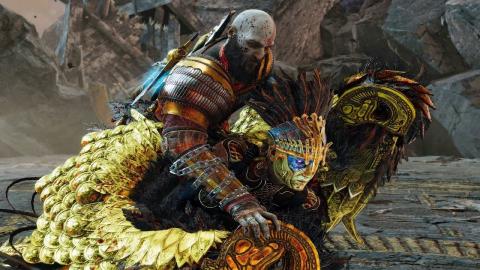 Also pretty easy to guess from the verses and image, and it references Bloodborne.

To do this you must go to Tyr’s prison in Sartalfheim and when you have the corresponding spear, since you will not be able to access it before, you must go to the right side of the cave to stick it into the air hole.

You can guess it from the cover art or some “steel horse, oil and more leather” reference, and it refers to Days Gone.

It is located north of the temple of Tyr in Midgard and when you get to the fast travel portal, you must leave it behind you, turn left, go up a large step, and above you will see a scalable wall on the right and then the corresponding book .

By obtaining all the poems you will get the trophy called “bookworm”.

Remember that God of War Ragnarok is already available on both PS4 and PS5and thanks to the location of all these poems you will get a trophy.

Do you play God of War Ragnarok on PS4 or PS5? In that case, we recommend you take a look at these guides in Hobby Consoles: What does luck do and how to improve it, All the difficulty levels of the game, or Best skills to apply first for the Leviathan Ax.