It is increasingly common for PlayStation releases make the leap to PC. The count began with Horizon Zero Dawn, and later came God of War, Days Gone, Marvel’s Spider-Man or Uncharted Legacy Collection of Thieves, to name a few examples.

There is even talk that exclusives released this 2022 on PS5/PS4 (Horizon Forbidden West or God of War Ragnarok) could reach Steam and the Epic Games Store from 2023.

The latest to do so is Marvel’s Spider-Man Miles Morales, 2018 game spinoff which was released in 2020 for PS5 and PS4. After the remaster of the original game, it is the turn of Miles Morales in compatible.

Despite the fact that the port is really good, the release of Spider-Man Miles Morales on Steam it has been quite discreet. His player numbers are below his predecessor… and by a lot.

It is the data that reflects SteamDBin relation to the title of Insomniac Games that in this case has ported the Nixxes studio from PlayStation.

Marvel’s Spider-Man Miles Morales went on sale for compatible devices on November 18, available on Steam and the Epic Games Store. It is an adapted version that rescues the technical power of the PS5 version and the versatility of the PS4 edition.

Despite its excellent quality, Miles Morales has had a tepid debut on Steam, according to the platform’s database. Currently there are about 7900 active players in the title.

Upon its release, the Insomniac title reached a peak of 13,539 concurrent players on Steam (with a 24-hour peak of 12,662 players). Let’s analyze these figures in relation to what its predecessor and other PlayStation games achieved on PC. 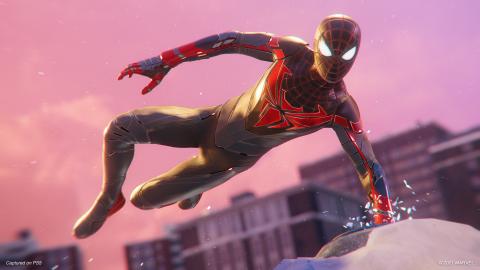 Spider-Man Miles Morales loses out (and by a lot) against Spider-Man Remastered, released on August 12 on compatible. The 2018 game reached a peak of 66,436 concurrent players.

Comparatively to other PlayStation Studios titles on Steam, Miles Morales is the third with the fewest simultaneous players (at maximum peak). It only beats Uncharted: Thieves’ Legacy Collection (10,851) and Sackboy’s Big Adventure (610).

Which SSD drives are compatible with Steam Deck

The explanation? Perhaps the launch of Sonic Frontiers, Pokémon Scarlet / Purple or God of War Ragnarok have had to do. Its predecessor was released on a date with a lower load of AAA games.

Be that as it may, we’ll see if the flow of PlayStation releases on PC remains as constant in the future. Ghost of Tsushima, The Last of Us Part I or Returnal are still to comepowerful titles that could live a second youth on Steam and the Epic Store.