What is and how to do SNAP in Marvel Snap

This article belongs to the game guide Marvel Snap

We explain what it means to “Snap” in Marvel Snap and how you should use this mechanic to double your rewards in the iOS and Android card game. Bluff like poker and beat your opponents with your mind!

The idea of ​​making a card game style hearthstone with Marvel’s heroes and villains has turned out to be quite the hit… and it helps that the execution is so good. Marvel Snap It’s quite a vice, and you can play it for free on mobile iOS and Androidand also in beta on PC.

With dozens of cards based on Marvel characters, each with different effects, no two games are the same. Add to that the variant card collecting, the almost infinite rewards, and you have a game that engages and is also easy to learn to play.

Also, the game has a unique mechanic:What is the “Snap” What gives Marvel Snap its name? And how should we use it wisely? No, it’s not Thanos’ snap… but it can have devastating effects.

How to Snap in Marvel Snap

Snapping in a game of Marvel Snap is very simple: just tap the cube at the top of the screen during the game and you will have snapped.

Of course, you will not unlock this option until level 10 of rank.

But what does this mean? The snap is basically a bet. If you snap, it means you put twice as many points into play. So that you are clear, you can only snap once per gamein the turn you want (even in the first one, although it doesn’t make much sense… a priori).

Normally, in each game there are two points at stake (that is, two cubes). You will see that throughout the game there is a cube at the top, which in the last turn is always automatically doubled… to give the option to withdraw.

If no one snaps, if you win the game you’ll gain two cubes, and if you lose, you’ll lose two cubes (cubes are what allow you to rank up or down). If you withdraw from the game, you will lose half of the cubes (ie, a cube if no one has snapped). 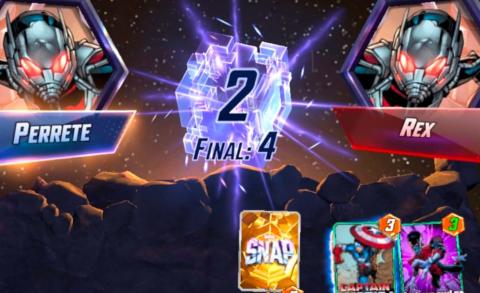 Absolutely, if you both snapped before the last turn’s cards are played, there will be eight cubes in play at the endhence the possibility of retreating on the last turn (although in that case you would lose four cubes).

When to use a Snap?

This mechanic adds touches of strategy and mind games to Marvel Snap… as if it were the poker. If you snap late turns, your opponent may interpret that you have very strong cards and strategies in mind, and may want to fold.

But, you can also bluff! If you’re trailing and see no way to come back, snapping can make your opponent think you have better cards than you really do.

and though do snap early game doesn’t make much logical sense (you don’t know if you’re doing well or not) and it won’t have an impact on the number of cubes in play either, unless the opponent snaps another… it can be a way of throwing the opponent off. Each person has his strategies! 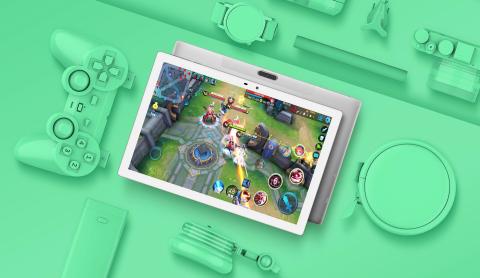 Here you can consult the guide and tricks of Marvel Snap, the free to play card game on iOS and Android.

For more information, here we explain the use of the best cards to start playing, credits and gold, how to get credits quickly, the best method to get cards and how to raise the collection level.

We also tell you the best cards with cost 1 or how to change the Marvel Snap avatar.