All the keys to Call of Duty Warzone 2.0 that you need to know to start winning games in the new free battle royale

Call of Duty Warzone 2.0 has already landed and if you are already jumping headlong into its new battle royale proposal, you will surely be interested in knowing all the keys to this title that adds a few important changes.

The launch of Call of Duty Modern Warfare 2 It has already been preparing us for another great moment in this 2022 for the saga of Activision. It is now available Call of Duty Warzone 2.0the new version of the battle royale that incorporates a few changes.

Call of Duty Warzone 2.0 gives the generational change to the game released in 2020 with important news in the gameplay of its battle royale proposal. do not fear, this “sequel” is still freebut if you want to adapt as best as possible, it is always good to go with the studied agenda.

Thus, Here we are going to review the main additions of the gameor among which are new mechanics, weight adjustments and a good number of other aspects that it is better to review before jumping on Al Mazrah.

Al Mazrah is the new map of this Call of Duty Warzone 2.0. We say goodbye to Verdanks, Caldera or Rebirth Island to welcome a map with 18 points of interest much more dynamic that includes all these key locations:

One of the main enticements to return to Warzone is the new Gulag, which now presents a cooperative challenge. Because if, the gulag is a 2 vs 2but it has many more aspects to consider.

When dying in Al Mazrah for the first time we will have the opportunity to return, but be careful because you have to earn it in a remodeled Gulag where we will face a fight in teams of 2, all equipped with the same weapons. The map will be small and to top it off will have a jailer.

This character will kill us quickly, but if we kill him, all four players will return to the game. You decide if you want to cooperate or eliminate the rival team if you don’t trust them too much. 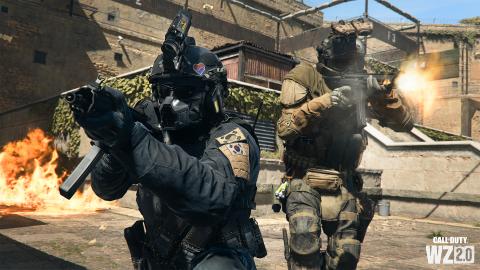 The second great novelty is the interrogation system to other players. If we manage to knock down an enemy, instead of finishing him off, we can always carry out an interrogation that will allow us to know the location of his other teammates on the map.

Of course, this technique is risky, as you could get caught red-handed, but if it’s successful, the amount of information you’ll have at your disposal should make it much easier for you to fight with the rest of your squad.

Apart of this, the equipment system in Warzone 2.0 changes slightly. The backpack system has been redesigned, although it features much more utility in DMZ mode, but your own custom loadouts and weapons can now be purchased at stations.

You already know how a battle royale works and therefore you know that the map gets smaller and smaller as it goes around in circles. Well, Warzone 2.0 incorporates a very, very interesting change.

Battle royale matches can present two options. The first is the one we all know, a normal circle that progressively closes making the players get tighter and tighter.

The second is that the big circle is divided into small circles (up to a maximum of three) that separates the map causing the strategies to change drastically. Now you must think that first you will face some players and then others.

Or maybe you can try to change circles or take down other players from your safe zone. Of course, you also have to keep an eye on the merge trajectory of the various circles. A new sea of ​​possibilities. 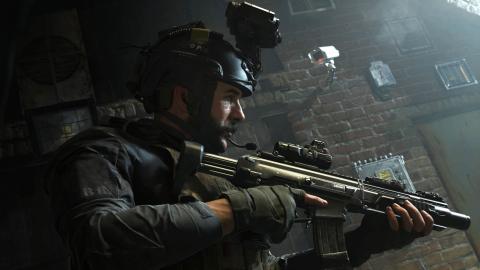 What do you think of the new changes? You can now jump into battle, although first of all you should know that Call of Duty Modern Warfare 2 owners will earn more experience in Warzone 2.0 than those who only play free to play.

And be careful because Activision has already revealed what will happen to the original Call of Duty Warzone when Warzone 2.0 comes out. It will be possible to continue playing, although the servers will be inactive for a while.