Nintendo Switch has sold 114.33 million, Splatoon 3 reaches 7.9 million and the company leaves other relevant data regarding its updated fiscal results.

switch has sold more than 114 million, Splatoon 3 is close to 8 million copies and Nintendo Leave other updated data on sales of your games and consoles.

The company has shared its fiscal results and updated sales figures in terms of games for nintendo switch and their consoles per se.

Today was when the company shared the classic PDF where it shows the results obtained during the quarter and publishes the updated sales figure since records are available.

The data is updated as: “Consolidated results for the six months ended September 30, 2021 and 2022Specifically, the infographic in the document reveals how many Switches have shipped to stores.

Until last September 30, 114.33 million were sent and by the way the 3DS ones are seen despite not being updated for a long time.

This means that the console has shipped 3.25 million consoles worldwide during the quarter, compared to 3.3 million PS5s sent by Sony PlayStation in the same period).

It is interesting to see that PlayStation has managed to match the shipments of consoles by Nintendo during the first quarter, despite the problems in the lack of stock and the abusive packs.

But this is a 15% year-over-year decline in shipments, largely due to semiconductor problems also suffered by Nintendo; although the company said sales to customers remained almost constant at around 3.3 million.

Looking at the gross results for the first half (Japanese companies opt for full quarter results rather than quarter over quarter), net sales increased 5.2%; while profit remained almost flat at +0.2% year-on-year.

Now Nintendo has changed its sales forecasts for Switch, planning to sell 19 million consoles during the current fiscal year ending March 31; versus the 21 million of his previous prediction.

Even so, the net sales forecast has increased by 3.1% and Nintendo is committed to doing everything possible to deliver the largest possible number of console units during the Christmas season. 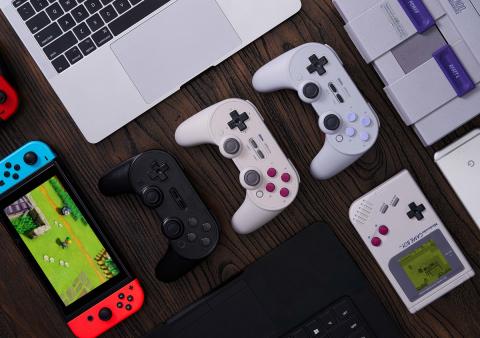 How? Well, because it is “continuously working to advance production and select the appropriate transportation methods“.

The company incidentally updates the total game sales with 917.59 million in total, although some extra details go into that figure.

in the accumulated total Mario Kart 8 Deluxe remains the best seller with 48.41 million, followed by Animal Crossing: New Horizons with 40.17 million as the 2nd best seller.

The next three with Super Smash Bros. Ultimate (29.53 million), Breath of the Wild (27.79 million) and Pokémon Sword and Pokémon Shield (25.37 million) have the following message:

“This figure has been adjusted to reflect a revision of sales units in previous years“, so maybe they are more or less of the views other times.

Here You can even see it in detail with a forecast for 2023 and so far this year. Do these convince? updated Nintendo sales data?