Phil Spencer talks about Starcraft; he considers it fundamental and is excited about sitting down with the team to talk about the future

Will Starcraft come back? Phil Spencer has talked about the Blizzard saga and fans might have reason to hope.

The purchase of Activision Blizzard by microsoft has made us talk at length about franchises like Call of Duty, Overwatch or Diablo, but there are many more that enter the bag of the company. One of them is Starcraft.

The strategy franchise is one of the legendary within the video game sector, but it has been fallow for quite some time while Blizzard dedicates its efforts to other licenses and IP. Will we see more of Starcraft now that Microsoft will be in the equation?

At the moment, the purchase of this company is still being evaluated, but fans and members of Xbox and Microsoft are already talking about the possibilities for the future. The one who has been commenting on all this has been the Xbox CEO himself, phil spencer.

Unboxing of the XBOX SERIES X COOLER. A cool one to cool off in summer!

In an interview with wired On the 25th anniversary of Age of Empires, which has left us with a fair amount of announcements, Phil Spencer was also asked about Blizzard’s legacy in RTS, especially with star craft. Are there plans for the saga?

Well, although it is true that Spencer recognized that he was not the one who decided which sagas should be developedsince the Blizzard, Activision and King teams are the ones that have the power to do so, yes, he is delighted to sit down and talk about the future. 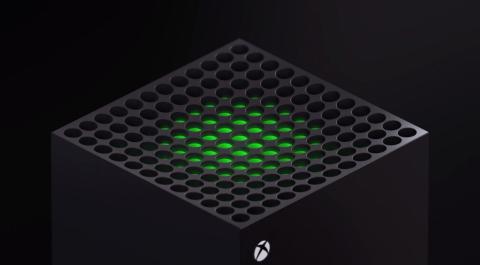 The first thing I would say is that I am not allowed to make any decisions about what happens at Blizzard, Activision or King. So this is all just talk and thinking about what the opportunity is, but you’re absolutely right.commented in relation to Blizzard’s RTS legacy.

Not just StarCraft, but also WarCraft, when you think about the heritage of real-time strategy games that we’re talking about here, specifically from Blizzard. And I don’t have any concrete plans today because I can’t really get in there and work with the teams.

And I’m excited to be able to sit down with the teams at Activision and Blizzard and King to talk about the back catalog and the opportunities we might have. The idea of ​​being able to think about what could happen with those franchises is very exciting for me, as someone who spent many hours playing those games.Spencer acknowledged.

Would you like to see the saga reborn in the coming years? The last thing we’ve had on her was the leak of a playable version of Starcraft: Ghost, Blizzard’s canceled title.