Which SSD drives are compatible with Steam Deck?

If you have ever bought a console or a portable device, you have surely wanted to increase its capacity. The Steam Deck has many advantages, but a great storage system is not one of them. But you can count on an SSD to help you. Pay attention to which SSDs are compatible and what you can improve with them.

PlayStation 4, PlayStation 5, Xbox One, Nintendo Switch… consoles They usually offer quite tight storage systems, so it is always good to know what we can do to increase their SSD disk.

Valve’s Steam Deck, despite being a console-shaped PC, was not going to be any different, especially if we take into account that storage is a wrong intrinsic to portable consoles.

But this time, the small PC-console gaming of the company has many things in its favor, such as three different models with different storage capacity.

STEAM DECK REVIEW – We put it to the test with various games!

Even the model with the largest capacity is not a panacea, with games taking up more and more (Uncharted Legacy of Thieves Collection takes up 130 GB, for example). But you can always get more capacity if you know where to invest.

Pay attention to the necessary guidelines to know which SSDs you can buy and which ones are compatible with Steam Deck:

One of the main problems that you will find when buying a Steam Deck, once you have overcome the shortage of products and waiting lists, is that its storage configurations are not very large.

If you have already decided on a model with a specific capacity, it is possible that you will run out of space sooner than you expect, and once you have ordered it, repenting will no longer help.

Although internally it is quite similar to what you can find inside a gaming laptop, its storage capacities are somewhat reduced, being able to find three models: 64, 256 and 512 GB of capacity. The model with more space is not too bad, but the smaller one is really poor.

To this we must add that the most basic model, the 64 GB, does not even have an M.2 SSD, but uses one eMMC, so its performance will be even tighter. In an age where SSDs are taking over everything, that can be a drawback. 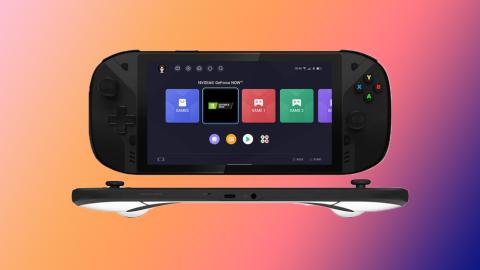 Now, keep in mind that all Steam Deck models have an M.2 socket for SSD at our disposal. What does this mean? well what if you buy the 64 GB model you can still add a larger M.2 SSDwhile in the rest of the models you will have to remove the one that comes from the factory and put the one you want.

This tells us that buying the model with less capacity may not be such a bad idea. It just depends if you’re going to want to add an SSD to it or if you don’t want to get into trouble… because disassembling your Steam Deck voids the warranty and it’s not an easy process.

Be that as it may, it is good that you know that not all M.2 SSDs are compatible with the Steam Deck. Moreover, only one type of them are and no, it has nothing to do with their reading speed.

What SSD drives are compatible with Steam Deck?

As is often the case with devices where every inch matters, the Steam Deck has a very specific port for M.2 SSDs, being only compatible with the 2230. This nomenclature refers to nothing more and nothing less than its size: 22 (width) x 30 (length) cm.

It is something that we have in our analysis of the first dock for Steam Deck with M.2 disk, manufactured by Jsaux, which is one of the solutions to expand the capacity of the device, especially useful if you use it in desktop or desktop mode.

Returning to the M.2 2230, due to the fact that they are small units, this class of SSDs is very limited in terms of capacities, reaching 1 TB as maximum capacity, and also at a price not low. For example, a button… this WD-SN530. 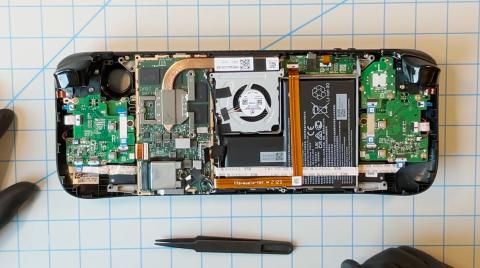 To this we must add that the size is not the most common at all, and finding models of certain brands can be a complicated task, since the most standard is the 2280.

From Valve they have said that, although the possibilities are there, it is not advisable to change the SSD disk. Even in its 64 GB model, which has a free socket, the variation in temperature could cause the Steam Deck to malfunction.

Is there any other viable alternative? we do not recommend it

Yes from your own Valve already advise us That we never touch or change the storage disk of the Steam Deck, imagine what it can be like to use a device that it is not intended for.

There are many things that we can buy to expand the capacity, from the dock that we have discussed before to a 512GB Extreme microSD card (performance is very good). But if the company does not recommend that SSDs be one of them, then perhaps the most sensible thing to do is to pay attention to them.

It’s not that it’s going to be any nonsense, but by surfing the net you can find tutorials on how to get a SSD M.2 2242 Enter the Valve laptop. This will offer more performance, but you already have to play with the console too much, not to mention that it has to be modified a bit to fit the SSD comfortably. 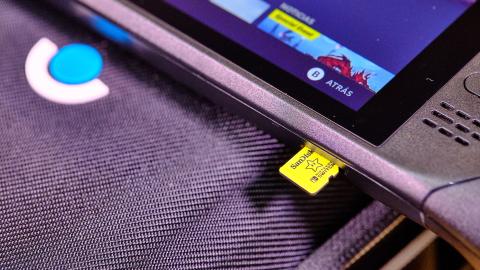 As if this were not enough, an SSD with higher capacities usually means more temperature, which can create even more instability in the system.

With all this, you already know enough to be able to install an M.2 SSD in your Steam Deck or, failing that, to know which model of portable console is going to best suit your needs. It should be remembered that an SSD is not the only solution, being able to also use SD, SDXC and SDHC memory cards.