Naoki Yoshida, producer of Final Fantasy XVI, justifies the lack of racial diversity in the game with some words that have caused controversy on Twitter. However, he defends that, in a certain way, there is diversity in Valisthea: we recommend reading all his words before drawing conclusions.

final fantasy xvi It is one of the current issues. Despite the fact that there is no new trailer, those responsible for the Square Enix game have granted a interview series where we have been told, for example, that the title has many inspirations, Game of Thrones among them.

However, there has been one theme that has overshadowed everything else, and not for good reason. IGN asked the producer Naoki Yoshida on lack of black characters in the game, according to the trailers that have been seen, directly asking if the final game would be more diverse.

The answer of Yoshida It hasn’t been exactly short… and it has aroused all kinds of reactions on Twitter, a controversy that is very reminiscent of that of Kingdom Come Deliverance a few years ago.

Yoshi-P admits that “eIt’s a difficult but not unexpected question, as diversity in entertainment media has become a much-discussed topic lately.“. And he admits that his answer may be disappointing to some.

The world of Final Fantasy XVI is inspired by medieval Europe, and being isolated “was never going to be as diverse as the Earth today”

“Our design concept, from the early stages of development, has always had as its protagonist medieval europeincorporating the historical, cultural, political and anthropological standards that prevailed at the time.”

“When deciding the scenario that best suited the story we wanted to tell (the story of a harassed earth), we thought that, instead of creating something on a global scale, it was necessary to limit its scope to a single one isolated geographically and culturally from the world. rest of the world“. 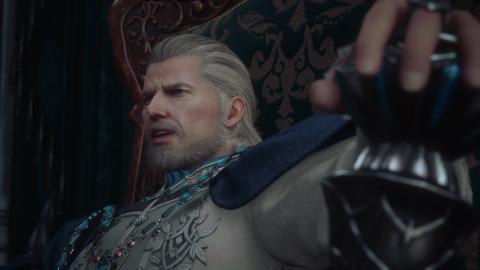 Yoshida justifies the absence of characters of coloror of other races than Caucasian, in which FF XVI It is set in a geographically isolated medieval world. inspired by the anthropological and cultural standards of the medieval Europe.

“Due to the underlying geographic, technological and geopolitical limitations of this scenario, Valisthea was never going to be as diverse as, say, Earth today…or even Final Fantasy XIV, which has an entire planet (and moon) of nations, races, and cultures at its disposal.”

“The story we are telling is fantasy, yes, but it is also rooted in reality”

Yoshida points out that there will be “some” racial diversitybut not too much so as not to violate the narrative logic of the game, since Valisthea’s isolation plays an important role in the story.

“Ultimately, we thought that while the incorporation of ethnic diversity in Valisthea was important, too much incorporation in this one corner of a much larger world could endr causing a violation of narrative boundaries that we had set at the beginning.”

“The story we are telling is fantasy, yes, but it is also rooted in reality..”

But before taking hasty conclusionsdeserves to hear Yoshida’s full reasoning, which is much more complex.

Since the story of the game is roughly about the conflict between those who have power and those who are exploited for the privileged wanted not to assign distinctive ethnicities to protagonists and antagonists so that direct comparisons that could be controversial could not be made.

“The Final Fantasy saga has always been inherently about conflict and struggle. between those who have power and those who are used and/or exploited by those privileged fewa prominent trend in human history.”

“In a game that allows players to experience that conflict and struggle firsthand, it can be challenging to assign distinctive ethnicities to the antagonist or protagonist without triggering audience preconceptions, inviting unwarranted speculation, and ultimately stoking the flames of controversy.

“However, the best thing about being directly inspired by history is that allows us to review and re-examine our own pastwhile allowing us to create something new.” 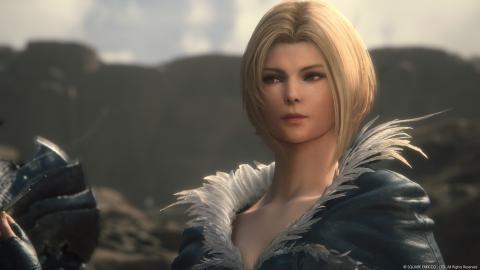 “In the end, just we want to focus less on outward appearance of our characters and more on who they are as people: complex and diverse people in their nature, origins, beliefs, personalities, and motivations.”

“People whose stories we can identify with. There is diversity in Valisthea. A diversity that, although not all-encompassing, is synergistic with the environment we have created and is true to the inspirations on which we draw.”

What do you think of Yoshida’s words? The debate on social networks is already very hot… and it could be something that deeply mark the perception of the game from now on.

Final Fantasy XVI will be released in summer 2023 on PS5, and Square Enix will announce the specific date before the end of the year.