The CEO of Gaming at Microsoft Phil Spencer thinks that the concerns about the purchase of Activision Blizzard are fair, but from Xbox they are “confident that the deal will go through“.

The actual Xbox CEO speaks clearly and says that the doubts about the purchase of Activision are “fair and justified“. But phil spencer he is sure and confident that the acquisition will be approved after the scrutiny.

The continuous investigations for the proposal for the acquisition of the creators of Overwatch 2, Diablo IV or Hearthstone has made Spencer comment on how good it seems to him that everything is safe.

Regulators around the world are still having talks about the proposal, but the UK CMA he is the one who is spreading his voice the most and thoroughly investigating the impact this could have.

ANALYSIS of CALL OF DUTY MODERN WARFARE II, the return to the right path

The regulators themselves have expanded their investigation to a second phase and the European control body has set November 8 as the deadline to decide whether or not to enter it.

Meanwhile, and in North America, the FTC also hope to reach a hearing on the matter in question. For Brazil everything has been clear and at the beginning of October they approved the agreement without many laps.

In his speech during the Tech Live event from the Wall Street Journal this week (picked up by VGC), the current head of Xbox Phil Spencer he has said he believes the scrutiny surrounding such an important deal is warranted.

What’s more, Spencer himself has revealed that he has been having meetings with regulators around the world for some time now.

If approved, until July 2023 Activision would not be from Xbox

“It may surprise people, but I’m not an expert in doing $70 billion deals.“, He said. “What I do know is that we are very focused on getting approval from the major jurisdictions.

And I’m spending a lot of time in Brussels, London and with the FTC here in the US. I would say that the talks have been very fair and justified. It’s a great buy, there’s no doubt about that.

Microsoft in its role in the tech industry is a great company and I think the discussion of an acquisition of this size is warranted and I have appreciated the time that has been put into it“.

Spencer added: “We are very focused on getting the agreement approved in the markets, I trust that. He was in London last week, he is still in talks with all the regulatory boards and I remain confident that we will get the deal approved.“. 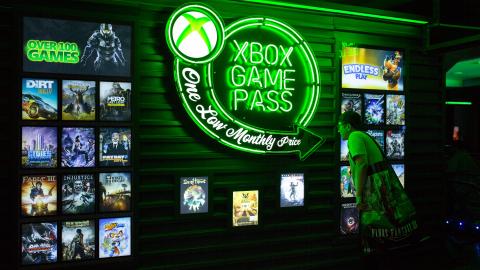 That hasn’t stopped them from attacking Sony and it hasn’t stopped Jim Ryan from calling it “inadequate on many levels” the agreement with Microsoft and Activision; but Satya Nadella is also confident that everything will pass.

In the chat with the Wall Street Journal, Spencer reiterated his position that Call of Duty will continue on PlayStation platforms in the future.

The executive affirmed that it is because of his gaming business, since other times they have said that it would not be profitable. On other occasions they have explained that they are more interested in what AB can do together with them in the mobile market.

“Our plan is for Call of Duty specifically to remain on PlayStation, is your question, but when I think about our plans I would like to see it on Switch and playable on other screens.Spencer says remembering what she already said.

“But if we go back to the reason why this deal is important to us, when you spend such a lot of money and you see the gaming opportunity, this is actually about mobile.“.

Spencer comments that there is a lot of talk about consoles and how Xbox and PlayStation compete one against another. “But when you think of the 3 billion people playing games, there are only 200 million on consoles.

The vast majority of those who play do so on a device in their pocket, which is their mobile“. The CEO claims that Microsoft found Call of Duty Mobile “more interesting“What would the Console deal between Xbox and PlayStation.

“What got us interested in Activision Blizzard King was the work the teams had done to build such a huge following on mobile.“, He said.

So, after knowing that Phil Spencer agrees with the doubts and questions about the Xbox deal by Activision as they are “fair and justified“Is it going to be the same for many?