The iconic Fallout New Vegas was going to have been released as an expansion for Fallout 3. Todd Howard himself revealed it in a video where he recalled the history of the saga on its anniversary.

The 25th anniversary of one of the sagas most beloved by players is leaving us a good number of anecdotes that come from Bethesda itself. fallout hides a few secrets that are sure to please the most staunch fans.

Shortly after learning that Fallout 4 is getting a free next gen update, Bethesda CEO Todd Howard has been reminiscing about the series’ past and talked about its most beloved game: Fallout New Vegas.

Without a doubt, the title developed by Obsidian Entertainment it is widely remembered by those in the series and is named by popular opinion as the best modern Fallout ever released. Well, after listening to what Todd Howard has said, I’m sure you’re going to be stunned.

The origins of Fallout New Vegas were very different

On the occasion of this 25th anniversary, the CEO of Bethesda has been talking about the history of the saga and its different stages, including the way in which the company took over the Fallout saga. To this has been added a curiosity about New Vegas.

Did you know that Fallout New Vegas was originally going to be an expansion for Fallout 3? The game was conceived as such, but it ended up presenting such a personality that the developer ended up making it a separate game, luckily for everyone.

Todd Howard narrated it in a development diary. After the good reception of Fallout 3, the team wondered what the next step was. Skyrim and Fallout 4 were already in Bethesda’s thoughts, but something else was also being discussed.

We should make a big expansion pack or something like thatrevealed Todd Howard in the video. Is there any company that can do it?, he wondered. That’s when the Obsidian name came up and development began.

However, the initial idea remained that New Vegas would be an expansion. It actually started out as a big expansion for Fallout 3, but I was convinced that it had to be its own game.assured Todd. 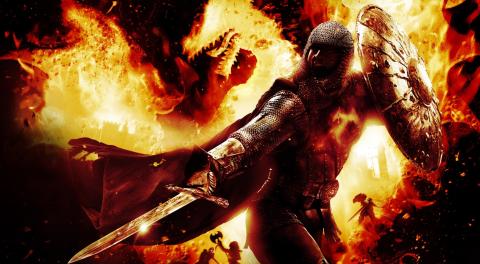 Without a doubt this is quite a revelation and more so now that rumors are being heard about a sequel. A few days ago, the CEO of Obsidian said that he would love to make a new Fallout. Will we end up seeing a New Vegas 2 in the future?

So you feel like playing Fallout New Vegas? No more talk, coincidentally Fallout New Vegas is one of Prime Gaming’s free games in November along with Indiana Jones and the Last Crusade, Facility 47 or WRC 9. So now you know, take advantage.