The closure of Google Stadia has caused many headaches for developers and players. Fortunately, this is Bethesda’s solution for The Elder Scrolls Online.

Google announced on September 29 the closure of Stadia and all its gaming services. It was a hard blow for the players of the platform, as well as developers who did not know anything until that day. They didn’t even wait for the launch of FIFA 23, a real bombshell.

This causes many players to lose their save games. There are really bloody cases, like the user who will lose more than 6000 hours played in Red Dead Redemption 2/Red Dead Online.

Fortunately, some companies have already reacted to the closure of Stadia, as is the case with Bethesda. If you remember, the creators of The Elder Scrolls migrated their PC services to Steam.

Did you play The Elder Scrolls Online on Stadia? Do you fear losing all your gaming hours? Calm down, because Bethesda has already announced a fix about.

Unfortunately for now no ability to transfer data from Stadia to PlayStation, Xbox, or Nintendo Switch.

Quite a relief for former Stadia players

Losing an entire match of The Elder Scrolls Online would be nothing short of a tragedy. Remember that this is an MMO that has been on the market for a few years… and there will be very long-lived players in its universe.

Yes, it is true that the version of ESO for Google Stadia is the most recent, but it is still a blow to the community. Calm down, because You will NOT lose your saved data.

Bethesda has confirmed on the official account of The Elder Scrolls Online that will allow the transfer of games and data from Stadia to PC. That if, at the moment this option is not valid for consoles.

A message to our ESO Stadia players: pic.twitter.com/eEIrKyRTDi

In this way, users of The Elder Scrolls Online on Stadia can continue their game in the compatible version (they use the same servers). Recall that it is available on Game Pass (along with its latest expansion).

Is Google Stadia worth it in the middle of 2022? We answer these and other questions 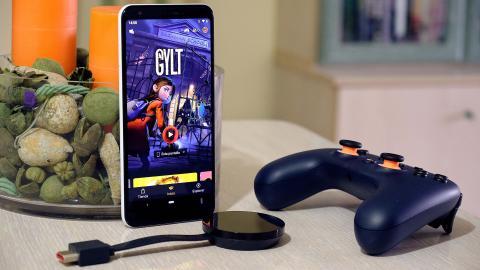 This makes the only problem not having a PC capable of playing The Elder Scrolls Online. In those cases, there remains the option of ESO being added to the Nvidia GeForce Now portfolio in the future.

The Elder Scrolls Online is one of the most played MMOs on the market today. After the closure of Stadia, it will no longer be playable on this platform, but the Bethesda and ZeniMax title will continue to be available on PC, PS5, PS4, Xbox Series X | S and Xbox One.