Gotham Knights, Sonic Frontiers and Valkyrie Elysium will use Denuvo on PC

The Denuvo anti-piracy system for which has three goals added on PC starting this October and in November. Gotham Knights, Sonic Frontiers and Valkyrie Elysium are going to use it for PCs.

It looks like Gotham Knights, Sonic Frontiers, and Valkyrie Elysium are each going to use the Denuvo anti-piracy system for PC once they hit the market.

Warner Bros, SEGA and Square Enix have updated the respective files of each one in the steam store showing that they are finally the new ones added in prevent game piracy.

All three games will benefit from Denuvo when they launch this October and the next, despite the fact that the game that many remember after Valkyrie Profile Lenneth is already available on PS4 and PS5.

The Denuvo technology It has been announced for Nintendo Switch for a few months, here we leave you what it is and how it will affect the games of the hybrid console.

Although this had other less desirable circumstances, such as 32 Denuvo games not being compatible with Intel’s new Alder Lake CPUs, including Assassin’s Creed Valhalla.

Gotham Knights arrives on October 21 and still does not have official requirements on PCbut we do know that it will support DLSS 2, Ray Tracing, FSR 2, and ultra-wide monitors.

The gotham knights players You won’t see the entire story of the game in the first game, but be careful in that aspect since your art book is already in some hands and many spoilers have been leaked.

As to sonic frontiers, this one arrives on November 8 and we already have its minimum and recommended requirements on PC. The game uses Hedgehog Engine 2 in a new bet by SEGA in the open world of the blue hedgehog.

Since the previous Sonic game had the occasional flicker, we’ll see how this one does being a larger world to play in PlayStation 4, PlayStation 5, Xbox One, Xbox Series, Nintendo Switch and PC. 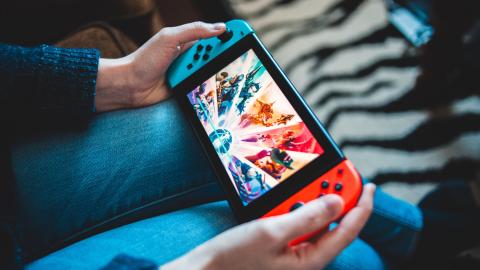 Last but not least, Valkyrie Elysium arrives at PC after passing on PS4 and PS5 on November 11. Square Enix has not yet revealed its requirements on PC, so we will continue to wait for them to be revealed.

What do you think that Gotham Knights, Sonic Frontiers and Valkyrie Elysium use Denuvo on PC? And not only these because there are more games that use it.