The surreal messages of Yoko Taro and Yosuke Saito for the launch of Nier on Switch talk about kidnappings and new games?

Nier Automata was released on Nintendo Switch yesterday, and everything points to Yoko Taro and Yosuke Saito working on a new game for Square Enix. Don’t you believe us? Well pay attention to these enigmatic letters…

If we had to choose the most representative game of Yoko Taro, the great director of the Nier saga, we would definitely choose Nier Automata. PlatinumGames’ masterpiece was released yesterday for Nintendo Switch, under the brand new The End of YoRHA Edition.

On the occasion of the game’s launch, Square Enix shared a new trailer while Yoko Taro and Yosuke Saitōdirector and producer of Nier Automata, set the networks on fire with their messages.

At first glance, they seem like the usual thank you announcements for this release… but, once again, Yoko Taro’s eccentric humor comes on stage. Those who do not know him will think that a real misfortune is happening.

Through the official Nier account on Twitter we can read two messages, one from Yoko Taro and another from Yosuke Saito. If you know English you will soon realize that talks about kidnappings and an AI developed by himself.

It is not the first time that Yoko Taro displays her humorous skills. When asked if the Nier saga would continue, she stated that it depends on the money she gets paid.

What do Yoko Taro and Yosuke Saito’s messages mean?

What Yoko Taro is doing, thanks to an undeniable sense of humor and intelligence, is comparing the development of Nier Automata for Switch (by Virtuos) with the context of the game.

The director of the Nier saga talks about how they have managed to develop an AI capable of helping them create games. Why? Well, because Square Enix has kidnapped them and forces them to work in the basement of a factory.

One of those surreal moments that are only possible in the mind of Yoko Taro. In Yosuke Saito’s letter there are a few more brushstrokes, but not nearly the same tone.

”If you are reading this, it means that we are in a dark factory deep underground. Here we meet a multitude of good game developers who are forced to work hard, and we cannot escape. The evil plan is orchestrated by Square Enix”.

Later talks about an AI they developed six months ago, and that helps them fulfill the wishes of Square Enix. What madness is this? What does the message mean?

In Yosuke Saito’s letter the term ”work on new games”. Things seem clear: both geniuses behind Nier Automata they are already working on new videogames for Square Enix.

Everything we know about the Nintendo Switch Pro or Switch 2 so far: games, release window, specs, announcement and more 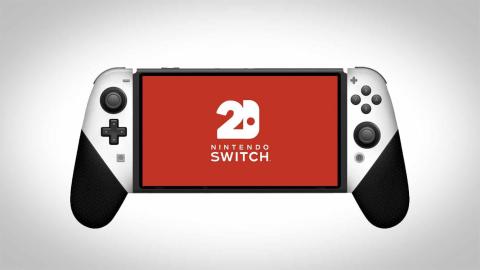 The question is: Does it belong to the Nier saga? Is it a new IP? At the moment it is only hinted that both work in the future. And no, they are not kidnapped, although perhaps Yoko Taro feels like one.

If you are fans of the Nier saga, we remind you that yesterday it was launched Nier Automata: The End of YoRHa Edition for Nintendo Switch, and a year ago we enjoyed Nier Replicant, a remake of the first title in the franchise.