Only in the GAME store chain can you reserve the physical edition of NHL 23 for PS5 and PS4, the new EA Sports hockey simulator.

We know that hockey is not the sport par excellence in Spain, but surely you remember those intense games in physical education. NHL 23 is the new installment of the EA Sports simulation sagaand we promise you that it will give you lots of fun.

Although NHL 23 is also being released in digital format, thanks to this initiative from the GAME store chain you can get its brand new physical edition, only for PlayStation 5 and PlayStation 4.

The EA Sports franchise is based on the top hockey competition, the NHL, which brings together the best teams from Canada and the United States. Players can expect the stamp of quality from the creators of Madden and FIFA.

Put yourself in the shoes of North American hockey stars and show your skill with the stick. In addition, NHL 23 has recognized faces of this sport such as Connor McDavid, Nathan MacKinnon, Roman Josi or Patrick Kane.

Only in the GAME store chain you can pre-order the physical edition of NHL 23 for PS5 and PS4, which goes on sale next October 14th.

The great novelty of this delivery is that now we can configure mixed teams of male and female playersa feature that fans have been asking for for a long time.

The hockey simulation title reaches more platforms (Xbox and PC), but its distribution in physical format in Spain is exclusive to PlayStation consoles.

As a curious fact related to the saga NHL, did you know that a revival game from the 1994 season was released in 2020? It is an ideal title for lovers of the most ninety hockey.

Nintendo Switch, PS5 or Xbox: which is the cheapest console when it comes to playing? 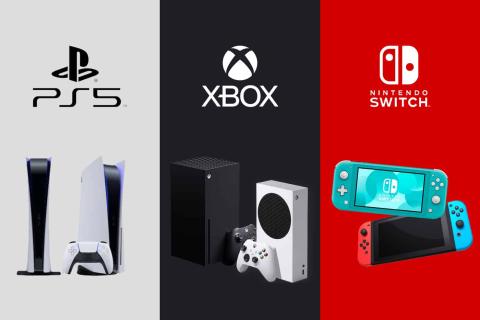 Remember that to reserve a title in GAME it is necessary to be a member of the store, as well as pay the symbolic amount of 3 euros to make your reservation.

Do you like ice hockey? So you can’t miss NHL 23the best simulator on the market developed by EA Sports, and available in physical format for PS5 and PS4 ONLY in GAME stores. You can book it now!