Nintendo, Sandisk and Epic Games have teamed up to launch a new range of Fortnite-licensed microSDXC cards, which in addition to being 100% compatible with Nintendo Switch, feature designs that battle royale fans will love.

Those of us who have and enjoy a Nintendo Switch know well that the 32 GB qigas of internal storage (or 64 Gb on the Nintendo Switch OLED) are clearly scarce. Therefore, an accessory like a 128 or 256 GB microSD It is almost essential.

And it’s something that never goes away: whether it’s to store your new digital games, screenshots and videos or updates to your games in physical format, these microSD cards are one of the essential accessories. And increasingly cheaper, with 128 GB costing just 19 euros.

In addition, for a long time, there have been licensed models with different video game motifs, such as some of the Nintendo icons, such as the triforce from Zelda or the invincibility star from Mario. To these licenses is now added that of Fortnite.

There are two models, 128 GB and 256 GB, each one personalized with the colors and motifs of some of the most remembered skins of Epic’s Battle Royale, in addition includes code with a cosmetic object, the “Angular Flow” wrapper.

Thus, the 128 GB model it costs 32.99 euros and it is completely black, in addition to having the face of the Skull Trooper (or skull soldier, depending on the territory), one of the most iconic and remembered skins in the game and that has returned some year for Halloween.

For its part, the 256 GB model it currently costs 85.99 euros (although it may be due to a temporary error, being out of stock). It is pink, and has the face of Arrumacos, the skin of a bear that looks like a teddy bear. 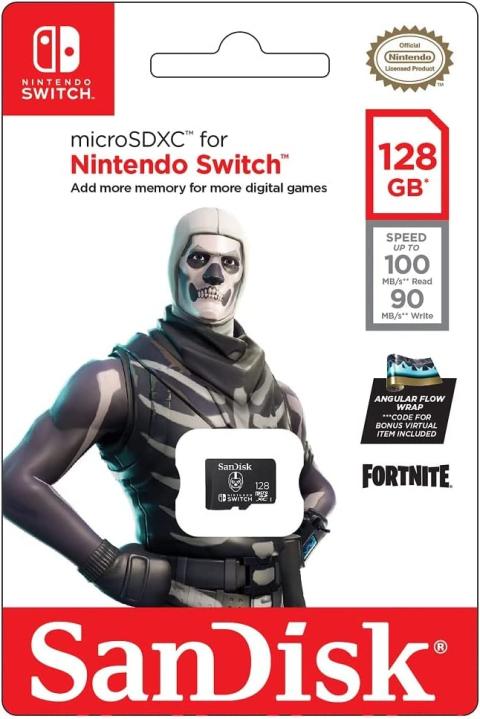 We have tested the 128 GB model, and delivers the expected performance, with a transfer speed of up to 100 MB/s, and a write speed of up to 90 MB/s. More than enough for games to download and save, or load, at lightning speed.

Logically, depending on the games you are going to download, they will fit more or less, considering that few occupy the 32 GB of The Witcher 3… 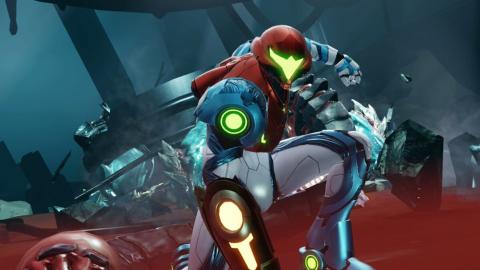 Similarly, being an official Nintendo product ensures that they will work well on Nintendo Switch, though needless to say they work perfectly on other devices such as mobile phones or cameras.

That said, you are Fortnite licensed Sandisk micro cards They are a perfect gift for battle royale players on Nintendo Switch, who want to give their storage a different touch.