After the massive leaks of GTA 6, fans of the saga are trying to build the game’s map using screenshots, videos and even images from Google Earth.

The GTA 6 leaks They are going around the world. And it is not for less, because we are facing one of the most anticipated games of rock star that promises to turn the industry upside down. Studios like Naughty Dog have shown solidarity by uploading premature videos of their developments.

Everything indicates that the person responsible for the hacking and subsequent leaks is a 16-year-old boy, who is being investigated by the FBI. Rockstar ensures that the development of GTA 6 will not be affected.

Once the storm of screenshots and videos of the internal build of GTA VI has passed, fans of the saga have begun to elaborate their theories about the next installment of Grand Theft Auto. Even an early version of the map has already been developed.

Rockstar hasn’t revealed the GTA 6 map, but fans are using leaked content online to recreate it as accurately as possible. This already happened in its day with GTA V.

Thanks to the use of reverse engineering or programs like Google Earth and Microsoft PaintGTA fans have developed a version of the map that may be very similar to the final version that Rockstar will present in the future.

This is one of the maps of GTA 6 recreated by users: 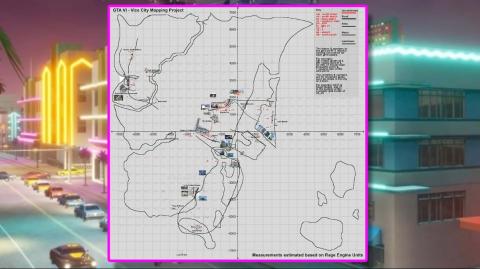 Of course the fans avoid using leaked images and videos from the internal build (to avoid Take-Two’s copyright claims). Instead they have used satellite images of real locations.

Even in certain cases buildings and points of interest have been drawn in Paint. They may not be the most exact models, but they are valid when it comes to recreating the GTA 6 map.

What are the chances that GTA 6 will be announced in 2022? 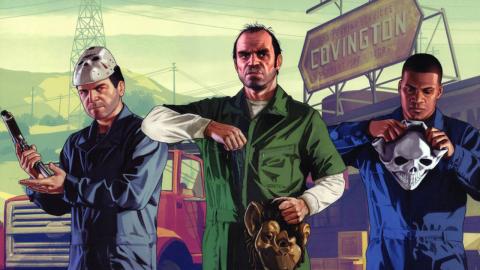 We should not underestimate the GTA community, because at the time they managed to get close to the final version of the GTA V map. Most of the locations coincided with what was shown by Rockstar in official trailers and images.

What do you think of GTA 6 leaks? If your curiosity is piqued, you can take a look at the 10 most mediatic and important video game leaks in history, with the new installment of rock star between them. The title will arrive on PS5, Xbox Series X | S and PC on a date to be determined.