The Nier for mobile announces a crossover with Persona 5 Royal for September 8. Three iconic characters from the Atlus saga are coming to the mobile RPG.

If we talk about japanese role sagas, Nier and Persona have been able to establish themselves as absolute references of the genre (with permission from Final Fantasy, of course). It is incredible to think that they have never interacted with each other.

Certainly Nier and Persona have more in common than it seems. Both have a close relationship with other franchises (Nier with Drakengard and Persona with Shin Megami Tensei), but over the years they have even surpassed them in popularity.

We are looking forward to seeing a new title in the Yoko Taro saga (although Nier Automata arrives on Switch on October 6). Don’t worry, because great news is coming to Nier Reincarnation.

Yes, it may not sound familiar to you, but Nier Reincarnation is the installment of the PlatinumGames and Yoko Taro saga for mobile devices. It integrates many of Nier’s classic virtues and mechanics into the iOS and Android circuitry.

The official account of Nier Reincarnation has announced an important novelty, which will be available next September 8th for the title. And yes, it will be 100% free as an upgrade.

neither more nor less than a collaboration between Nier Reincarnation and Persona 5 Royal. A dream come true for the fan, as it incorporates three characters from the Atlus JRPG in the game.

Here you can see the trailer of the crossover:

Basically, the collaboration builds on three characters from Persona 5 Royal that will be available in Nier Reincarnation. You can play with them from the beginning.

Joker, Queen, Fox and Jack Frost arrive at Nier Reincarnation to turn everything upside down. Best of all is the fidelity of the designs, which also include iconic weapons and accessories for each character.

The best cheap gaming phones you can buy in 2022 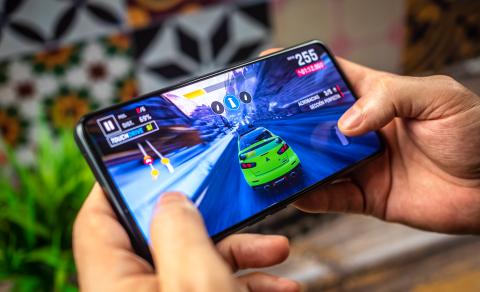 Although Nier Reincarnation is a free game, the truth is that various options for microtransactions and payment of real money are included. Of course, it is not necessary to enjoy the experience.

Nier Reincarnation is available in iOS and Android devices. As of September 8 you will be able to download the update and get the three characters from Persona 5 Royal, who will surely give you a lot of play when facing this mobile RPG.