The long-awaited new Season of Light in Pokémon GO is going to be the debut of the legendary Cosmog. And in addition to this there are other events scheduled for this Sunday with surprises and news.

The novelty in Pokémon GO is going to be the season of lightwhich arrives today September 1, 2022. With it the Professor Willow’s return marks even the debut of the legendary Cosmog.

The special investigations will be able to be unlocked throughout the duration of the Season, so be very careful with the tab dedicated to it in the game.

¡Meet the Nebula Pokemon, Cosmog! Professor Willow is back and it looks like he’s discovered a Mysterious Pokémon!

During the Season of Light you are going to live so many adventures with the Legendary Pokémon Cosmog that you will forge a bond of friendship. Let’s see what we can learn from this little space nebula!

New parts of Special Research will be unlocked throughout the season, so be sure to keep an eye on the Research tab!

Do not lose sight of the horizon! You will be able to see galactic skies periodically during the season and that includes Cosmog-inspired avatar themed items available right now.

can also be obtained stickers with the theme of the season spinning Pokéstopsopening gifts and buying them in the in-game store.

through the Pokemon GO Live website Niantic has left some events already scheduled and specified. But you can also see a calendar where you can check all of them in detail and the date they arrive.

There will be different Pokémon that will appear in the wild, because as a result of the change of season they will be seen in various regions of the world.

In cities they will be Jigglypuff, Machop, Magnemite, Muk, Voltorb, Umbreon, and Litwick. As always, some of them may appear in their Shiny version.

In forests Mareep, Sunkern, Yanma, Espeon, Pineco, Burmy Trunk Plant and Voltorb of Hisui with a chance of Shiny.

in mountains Sandslash, Clefairy, Diglett. Snorlax, Sneasel, Stantler and Deino also being possible to see them in their Variocolor form.

On beach and water Seel, Staryu, Mantine, Pelipper, Carvanha, Wailmer and Feebas they are the ones that will be able to be seen in their Shiny form.

And now the most annoying, since in the Northern Hemisphere are Scyther, Dratini, Chikorita, Cyndaquil, Totodile, Teddiursa and Shroomish; in the Southern Hemisphere Paras, Chansey, Skitty, Bagon, Snivy, Tepig and Oshawott. 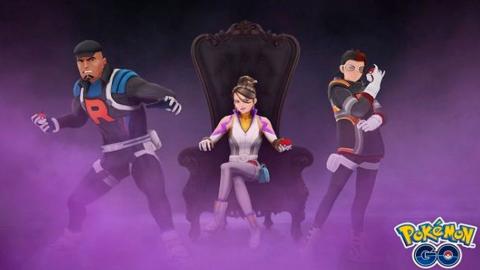 In this season the following Pokémon will emerge from the hatching of Eggs: in those of 2Km away are Pichu, Cleffa, Munna, Fomantis and Wimpod.

In the 5KM Tyrogue, Elekid, Magby and Miltank and in those of 10KM Tirtouga, Archen, Noibat, and Rockruff Jangmo-o. Now it’s time to talk about the Adventure Sync Prizes with eggs.

In this, the 5KM eggs have a chance of Cranidos, Shieldon, Happiny, Munchlax, Karrablast and Shelmet while in the 10KM Eggs Dratini, Bagon, Beldum, Gible, Riolu and Goomy.

During the season of lightthe following bonuses will be active:

“We’ve made some changes to this season’s GO Battle League, so beginners and veterans are encouraged to check out the changes and put their battle skills to the test.“.

visit the GO Fighting League website for more information. But in essence this is all they have to say from Niantic -for now- about the Season of Light in Pokémon GO.