Both the original Resident Evil and the official 2002 remake will receive Unity remakes by a group of fans. And here we have three new trailers that will make your blood run cold.

Resident Evil is one of the best video games in history. Inspired by classics like Alone in the Dark or Sweet Home, Capcom’s survival horror became an absolute legend of the genre in 1996. It is impossible to forget many of its terrifying sequences and moments.

Six years later, in 2002, Capcom released a remake (70% redone) of the first game in the saga, which was initially exclusive to the GameCube. Resident Evil Remake is considered one of the best remakes made in the entire history of entertainment.

The idea of ​​receiving new versions of the first Resident Evil is always welcome. They are not official, but the work of the fans borders on the titanic due to its level of detail, atmosphere and playable novelties.

The YouTube channel Briins Croft has shared three new trailers of Resident Evil Remake Fan and Resident Evil 96 Edition. These are two ambitious projects made with the Unity engine and that will arrive for free on PC.

20 years have passed since the release of Resident Evil Remake, and that is why fans have decided to give the title a facelift, adopting the playable system and mechanics seen in Resident Evil 2 (2019) and Resident Evil 3 Remake.

Thus, RE Remake abandons fixed cameras and bets on third-person gameplay. Jill Valentine and Chris Redfield will be able to use the flashlight whenever they want, as well as dodge attacks and evade zombies with a knife.

7 curiosities about the origin of Resident Evil

Although it maintains many of the things seen in the 2002 game, this fan remake expands the experience with new scenarios (Raccoon City, the Arklay Mountains or the RPD).

If Resident Evil Remake Fan has surprised you, wait to see what the fans prepare with Resident Evil 96 Edition. Do you miss the classic nineties? Well here you have it.

This is a remake made by fans, which takes the 1996 game as a playable and technical basis. In other words, it doesn’t look anything like the 2002 game, but rather improves on what was seen in the classic for PSX, Saturn and PC.

All the Resident Evil movies, ranked from worst to best 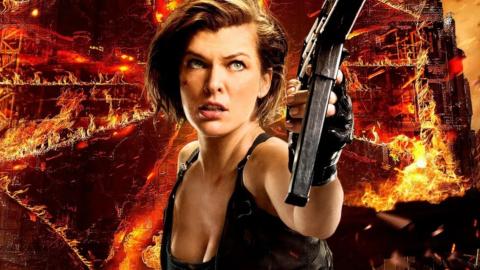 The idea of ​​​​Brinins Croft and his team is to launch the first remake in the remainder of 2022, while the other will do so next year. Both will be 100% free and will launch on PC.

Are you a fan of Resident Evil? If so, get ready to relive the first installment of the saga in a completely new way. You’re sure to get a few scares as you remember how amazing Capcom’s survival horror was in the 90s and early 2000s.