Announced New Tales from the Borderlands, a new graphic adventure spin off of the saga for PlayStation, Xbox, Switch and PC

New Tales from the Borderlands will once again provide fans of the Gearbox saga with crazy stories where the narrative takes all the weight. You can now see its trailer and confirmed details.

New Tales from the Borderlands will arrive on October 21 for PS4, PS5, Xbox One, Xbox Series X/S, Nintendo Switch, and PC. Of course, the new Gearbox franchise has offered an extensive look in a trailer that you can already see:

We return to the Borderlands where we can meet characters that go beyond the Vault Hunters. We’ll put ourselves in control Anu, Octavio and Fran three losers who together… have nothing to lose.

What are the keys to this story? The truth is that we It will be up to fight against a planetary invasion, finish off the capitalist monsters and save the world. It looks simple right? Like any other day in the Borderlands universe.

Is graphic adventure moves away from the crazy first person shooter of the main deliveries, but it does not for that reason abandon the identity of the series. Also, everything that happens will depend on the decisions the player makes.

Meet a motley cast full of misfits, killer robots, and talking gunslingers in this race to the top! Fight against exploitation and corporate greed in this narrative adventure. Time to make Mayhem his business! 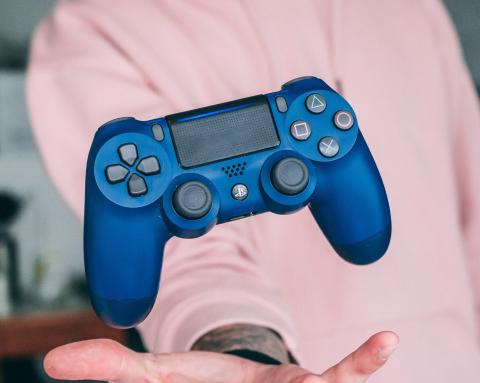 These are the big announcements of the event: new The Callisto Protocol trailer, Everwhere trailer, DualSense Edge announcement, new Hogwarts Legacy gameplay, Dune Awakening trailer, new Sonic Frontiers trailer and release date, trailer from Under the Waves, the new trailer for Lies of P, the first trailer for The Lords of the Fallen, trailer for Atlas Fallen…