Despite being exclusive to PlayStation on consoles, Kojima Productions’ work could debut on a Microsoft platform judging by this official tweet.

If we talk about great games that not everyone liked, Death Stranding could top any ranking. Hideo Kojima’s work was released in 2019 as PlayStation 4 exclusivereaping mixed reviews… in the most literal sense of the word.

Considered a masterpiece by many, Death Stranding would break its exclusivity when it came to PC a few months later. Even, a Director’s Cut is available for PS5 and PC.

What about Xbox? Since the project was financed by Sony PlayStation, Death Stranding has never been released for Microsoft consoles… but who knows, maybe this will happen one day.

During yesterday, the official PC Game Pass account launched a cryptic tweet that set off all the alarms. It may not be referring to Death Stranding, but frankly it’s hard to believe that it isn’t.

The following could be read in the tweet: ”sometimes we just like a good landscape photo”. What does this mean?

We immediately notice that the profile picture of the account has changed. When zooming in, you can see a landscape of Death Stranding (set in a post-apocalyptic United States).

sometimes we just like a good landscape picture #NewProfilePic

Let’s recap: PC Game Pass account (a Microsoft service) profile picture has been changed and they reference a title never released on Xbox or Windows platforms. White and bottled…

Despite this, neither Microsoft nor Kojima Productions have commented on the matter. There are even users who have already found the exact point where the screenshot was taken in Death Stranding, to the disbelief of many.

In the comments of the tweet we can find a curious detail. Although on Steam it appears that the brand belongs to Sony PlayStation, the PC version was published and edited by 505 Gamesin collaboration with Kojima Productions. 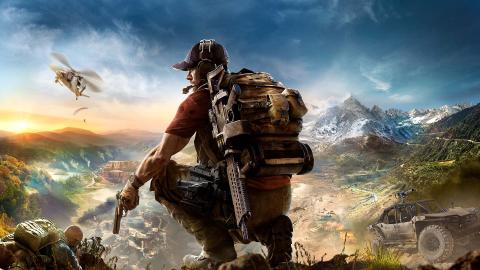 Sony may have approved a release of Death Stranding on Windowskeeping Xbox Series X|S and One out, and coming full circle with Steam and the Epic Games Store.

If this news is confirmed, Death Stranding would be available at no additional cost for PC Game Pass and Game Pass Ultimate subscribers. Of course, the game could not be played on Xbox consoles.